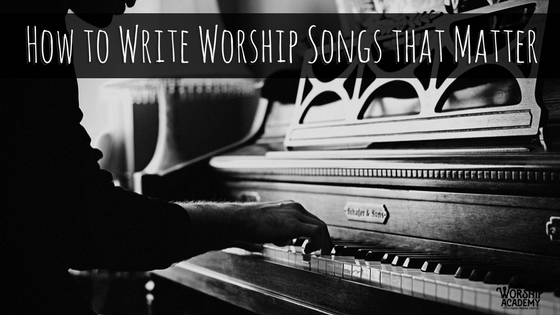 How to Write Worship Songs That Matter

How to Write Worship Songs That Matter

I used to want to be the next Matt Redman.

I used to want to be the next Delirious. 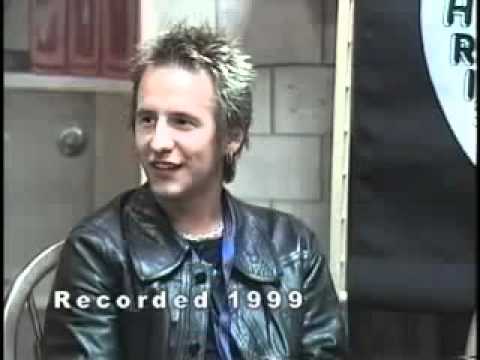 I then wanted to be the next Tim Hughes, the next David Crowder, the next Chris Quilala, the next Brian Johnson… (the list went on…)

I’d write songs, desperately trying to emulate their styles, using their words and their rhythms.

And I would get frustrated when my songs were not as good.

I’d get annoyed when my songs were not received as well.

I almost gave up.

One day however, I was talking to a friend about Valentine’s day of all things.  He told me that he and his wife don’t buy each other valentine’s day cards.  Instead they write each other notes which they slip into each other’s lunch boxes before work.

They regularly write each other little messages expressing their love on a blackboard in their kitchen.

They still buy birthday cards for each other.

They even buy anniversary cards.

And here’s my point:

We need to stop relying on “shop bought worship” as the only means of expressing our adoration to God.

Don’t get me wrong.

I am not saying it is wrong to use songs written by other people in our worship.

It’s not wrong to sing How Great is Our God.

It’s not wrong to sing When I Survey.

(but you know that already)

What I am suggesting is that maybe God wants to hear your voice.

He wants to hear your community’s expression of love for Him.

When I realised this it changed everything.

I stopped writing songs where I tried to be like someone else.

I stopped writing other people’s words.

I started writing songs that would reflect where my church was on our journey.

And finally my songs started to matter.

Finally they started being sung.

I haven’t become a household name in churches all around the world.

But that isn’t what matters.

In the same way that my wife much prefers it when I tell her that I love her in my own words (even though she appreciates the odd Hallmark card), God loves to hear His children expressing their love to Him in their own words.

If you want to write great worship songs.

Songs that will touch the heart of God.

Stop writing songs in the hope of saying what others have already said.

Instead, write songs that allow your community, your church, to express their heart to Him.

Then you will be writing songs that really, truly, matter.

If you are interested in writing even better worship songs, that truly reflect the heart of your church community and actually get used by your congregation, then please check out our free songwriting mini-course by clicking here.