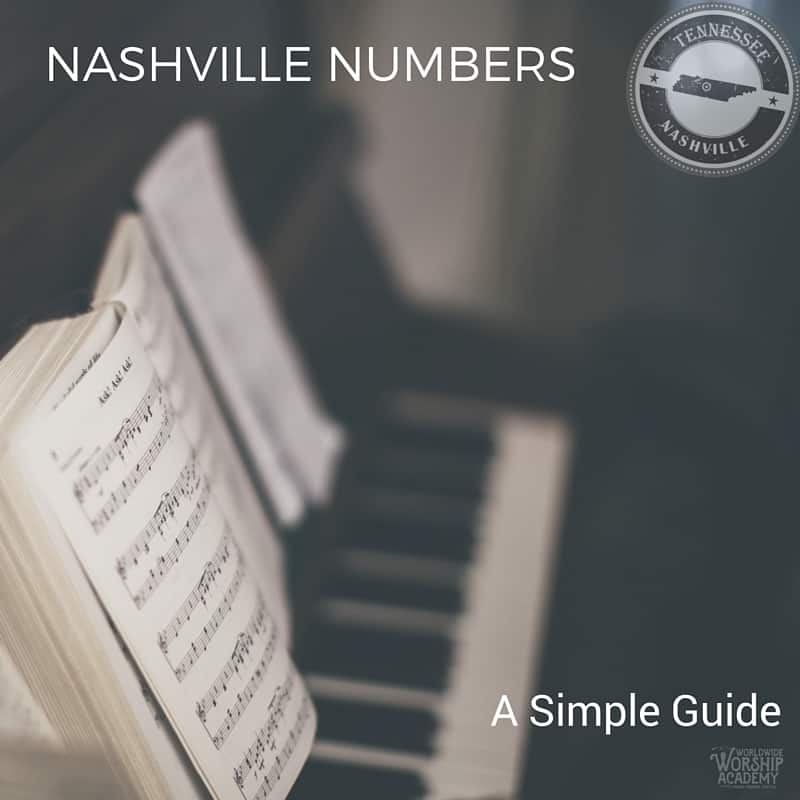 A Simple Guide to Nashville Numbers

A Simple Guide to Nashville Numbers

(and why you can’t really live without them!)

We’ve all been there.

Sunday morning comes around and you have practiced your #SundaySetlist at home all week.  You know you can play the songs in the keys you’ve chosen and you have printed the music off in the right keys.

Handing out the music to the band, the guitarist says:

As you run through the third song you realise that what sounded great at home is simply too high for the congregation to sing so you need to take it down a couple of keys.

And worst of all, you know that next week will be the same thing.

The same songs, printed out again in a slightly different key.

More trees cut down. (And wasn’t there a sermon just a couple of weeks ago about being environmentally responsible?)

Now, imagine this scenario instead:

You arrive and hand out the chord sheets to the band.

You tell them the key and the guitarist puts his capo on, immediately ready to play.

You realise that the third song is too high so you say:

Immediately the band are ready to go and everything sounds great.

At the end of the service you put aside the two songs that you know you’re going to use again next week.  You won’t need to print them off again because they’re already ready, even though you’re most likely going to do them in a different key as another worship leader is leading that song next time.

What makes this possible?

This is a system that originated in Nashville (hence the name!) where chords are replaced with numbers.

This is easier than it sounds and once you get your head around it I guarantee you it will completely revolutionise your worship sets, your communication with the band will become easier and your playing will massively improve.

How does it work?

Traditionally the Nashville Numbering System is written out in Roman Numerals, however, when you are beginning I would recommend you simply write them as numbers as follows:

Each number relates to the relative harmonic in the scale of the key you are playing in.

So, as an example the key of C would be as follows:

The same would apply for any other key, e.g:

One of the great things about worship music is that we rarely hit the diminished chord 7, so we don’t need to worry too much about this but I have included it for the sake of completion.

Why does this help?

My challenge to you would be to try it next time you lead worship.

Start with a song that you know well so that you can begin to learn them in an easier situation and then slowly move on to using them in more and more songs.

You’ll be amazed at how freeing it is.

To make this easier for you, I have prepared a Cheat Sheet which you can download by clicking on this button here:

I hope you have found this useful.

Let me how you get on in the comments section below.