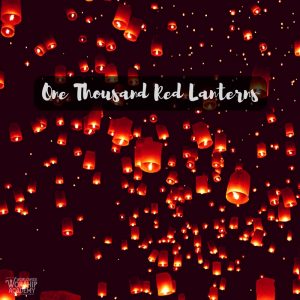 I was listening to a podcast last week where two of my friends were busy discussing the movie “Finding Dory”.

The hilarious, and often ridiculous, conversation made me laugh out loud several times as they drifted from the movie they were reviewing to different leg measurements in sport, inner chimps and separation anxiety.

As they spoke they ended up discussing other animated movies and spoke of the film “Tangled”.

For those of you who don’t know, “Tangled” is the story of Rapunzel.

Rapunzel, is a princess, stolen from the palace when she was just a baby and locked away in a tower in the woods by an evil woman who keeps her there to take advantage of the princess’ magical hair.

Every year, on Rapunzel’s birthday, she looks out the window and sees 1000 red lanterns rising into the sky.

This makes her feel special.

She believes those red lanterns are especially for her.

Realising that the evil woman, whom she refers to as “mother”, doesn’t truly love her, she eventually manages to escape the tower.

In order to triumph as she fights her way through the woods to the palace where the red lanterns are released, she cuts off her hair, her most precious possession – the thing that makes her special.

The thing that makes her different.

Only then is Rapunzel finally reunited with her parents.

Her parents who never stopped looking for her.

Who never stopped searching for her.

And, most importantly, who never stopped loving her.

You see, they had been releasing those red lanterns as a sign that they still loved her and were still trying to find her to welcome her home.

They loved her, not for her magic hair, but simply because she was their daughter.

It got me thinking about God and His relationship with us.

From the very moment humanity chose to follow a path away from Him, He too has been releasing red lanterns.

In the prophecies, in the Law and in the Religious Feasts described in the Old Testament, He was releasing red lanterns.

In the miracles and words of Jesus, He was releasing red lanterns.

With Jesus’ death and resurrection He made a way for us to return to Him.

Yet still today He continues to release red lanterns.

You see, God doesn’t love you because of your special qualities.

He doesn’t love you for you abilities or your accomplishments.

All those things that are so important to everyone else are of little consequence to Him.

He loves you because you are His child.

You are His son.

And as you walk through life He will continue to send up those red lanterns, in the form of miraculous encounters, kind words from strangers, unexpected gifts, the generosity of friends.

I challenge you now to look back through your life.

Look for those red lantern moments, those unexpected moments where light shone in the darkness, where something good brought you hope that everything was going to be alright.

Know that each one of those moments was God, releasing another red lantern and whispering:

And He will never,